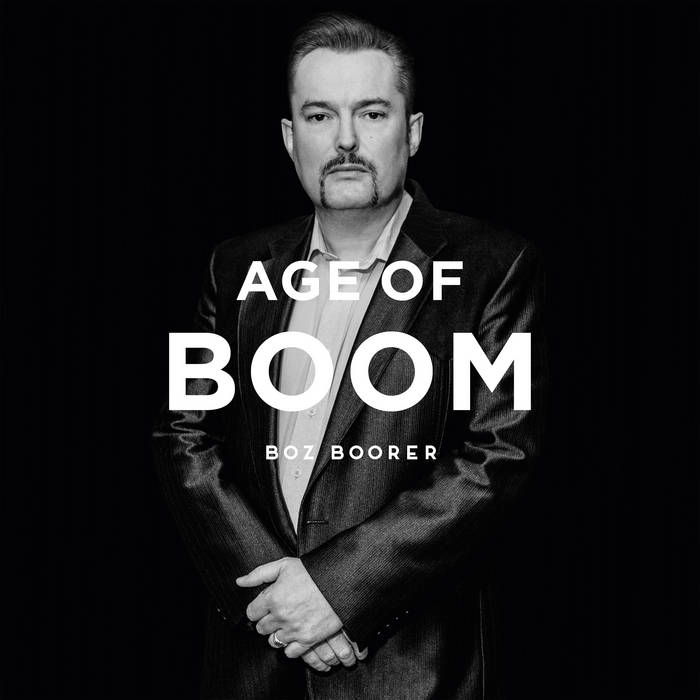 Boz Boorer can rightly be described as being at the heart of the British music scene. This brilliant guitarist, songwriter and producer has been known to music fans the world over as co-writer, guitarist and musical director with Morrissey, for over two decades, as well as being a founding member of legendary neo-rockabilly band, The Polecats. On top of this, Boz produces promising newcomers in his Portugal studio, writes songs for many other artists, and works with long-time collaborators and friends such as Edwyn Collins and Adam Ant.

The new album "Age Of Boom" has taken shape over the last four years in Boz's Studio in Portugal, and forms a cross section through the entire musical Boz Boorer universe. On the one hand it feels intense, energetic, and raw, but there is also style, melody and humour aplenty, reflecting the artist himself. With this new album, Boz Boorer again demonstrates his incredible versatility and outstanding skills as a songwriter, multi-instrumentalist and frontman. For some of the 14 songs, Boz has

handpicked high-profile guest musicians and singers for support, who help turn "Age Of Boom" into a true contemporary Gesamtkunstwerk.

"This is the first record I have made for over 10 years that was tackled as an album and not just a selection of songs. The collaborations and mix of styles were carefully planned out. The title song, "Age Of Boom", is a true story about an old bar fly who sits in a pub all day talking to anyone who will listen, and often to no one at all. He was one of the boom babies, born in the 50’s but now with nothing better to do than to reminisce about a bygone age that has passed us all by“ – Boz Boorer, 2016

British guitarist, songwriter and producer most known for his work as a co-writer, guitarist and musical director with Morrissey and founding the neo-rockabilly group, The Polecats.

Bandcamp Daily  your guide to the world of Bandcamp